Sexually transmitted infections (STIs), including those caused by the human immunodeficiency virus (HIV) types 1 and 2, remain a major public health problem in Africa. Published estimates of the Joint United Nations Programme on HIV/AIDS  show that South Africa has the highest burden of HIV infections with recent estimates of 7.7 million people living with HIV.

The Centre for HIV and STIs (CHIVSTI) has a strong track record in the research disciplines of HIV virology, HIV immunology, HIV/STI epidemiology, HIV/STI diagnostics and HIV-STI interactions.

CHIVSTI addresses the challenges of HIV and STI diseases through various programmes:

The centre provides a suitable academic environment for successful supervision of undergraduate and postgraduate students and fellows. The centre has well-established links and collaborations with various key national and international organisations in the field of HIV and STIs.

The objectives of  CHIVSTI are:

The section is a globally accredited laboratory responsible for performing validated end-point antibody for the HIV Vaccine Trials Network, including passive and active vaccination regimens. A major research focus of the laboratory is to understand how broadly neutralising antibodies of HIV develop (including virology, immunology and immunogenetics), as antibodies are crucial for the development of an effective HIV vaccine. The section also engineers antibodies and expression systems for the delivery of antibodies. Research involves studies of both infected and vaccinated individuals. A major focus for the section is training of which it host many students and post-doctoral fellows.

A major focus of this research group is the study of natural resistance models which include maternal-infant HIV-1 transmission for understanding protective immunity to HIV-1, and long term nonprogressors and elite controllers to understand natural attenuation of disease progression. A more recent focus of research efforts is in the field of paediatric HIV cure. This encompasses studies of the viral reservoir and host biomarkers in the context of very early antiretroviral treatment of infants as part of the LEOPARD clinical trial being conducted in Johannesburg, and a detailed exploration of the recent case of the HIV-infected South African child in long-term remission. This case offers a unique opportunity to find clues as to what might make long-term remission possible for more individuals, and could help inform the search for the more challenging goal of a complete cure for HIV.

The section focuses on the implementation of HIV surveillance for prevalence, incidence and drug surveillance including the Annual Antenatal HIV survey. South Africa has the world’s largest antiretroviral treatment programme with 4.3 million people living with HIV on treatment. Monitoring of HIV drug resistance is, thus, a key part of the sections activities. Paediatric HIV surveillance and monitoring provides critical dashboards for monitoring and key weekly action reports to reduce missed opportunities for diagnosis and treatment. The section takes advantage of the “Big Data” opportunities. Linking patient-level CD4 and viral load test result data from the National Health Laboratory Service corporate data warehouse and data from the health information system enable a new analysis of immune recovery.

The section supports the monitoring of HIV rapid test quality, through a post-market programme. The section has a well-developed sero-molecular diagnostic section in support of its activities including the evaluation of diagnostic technologies and introducing cutting edge and relevant technologies including point of care testing. The section provides the endpoint diagnostic HIV infection results for the major HIV prevention vaccine trials in South Africa and the African region.  The section provides technical expert support in various areas and staff are part of national and international expert committees.

The STI Reference section is responsible for providing intelligence on the aetiology of major STI syndromes, as well as antimicrobial resistance data related to gonococcal infections. Findings are communicated annually to the national and relevant provincial health departments in South Africa as well as to those working in public health and directly with STI patients. The STI Reference section undertakes teaching and training activities, assisting with training of medical scientists, doctors, nurses and other healthcare staff. The STI section undertakes operational research relevant to public health and to that end, it has established several international links with STI researchers overseas.

The STI Section undertakes human papillomavirus (HPV)-related surveillance and research.  HPV is the cause of almost all cervical cancer, which is the commonest female cancer in South African women aged 15 to 44 years.  Surveillance for HPV infection and genotype prevalence in unvaccinated adolescent girls and young women is important to establish a baseline for monitoring the impact and effectiveness of HPV vaccination of young girls. Additionally, the centre aims to conduct research on primary cervical cancer screening, and the performance and operational characteristics of rapid tests that may be utilised effectively in a screening algorithm. 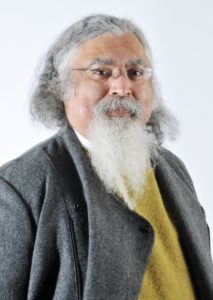 Prof Adrian Puren was trained and held a lectureship at the University of the Witwatersrand, before taking on various positions at the NICD. Adrian was appointed as Deputy Director and Head of Virology in 1999 and Head of the Centre for HIV and STIs in 2017.  As head of virology, he focused on developing and implementing a range of viral diagnostic platforms in support of the NICD’s EPI surveillance programmes and diagnostic support. Adrian’s main interest is in the development of HIV surveillance programmes with a particular focus on HIV incidence and the use of “big data” to inform surveillance, monitoring and evaluation. Prof Puren heads the regional and national endpoint diagnostics laboratory for HVTN-supported vaccine and antibody-mediated preventions trials. He serves as the quality assurance technical manager for the NICD and in this capacity, he has provided support to the National Department of Health’s implementation and quality assurance of HIV rapid testing. Prof Puren serves on various expert bodies and the most recent is the South African Lancet Commission on High Quality Health in the era of Sustainable Development Goals.