The Centre for Vaccines and Immunology (CVI) was established in 2012, to provide laboratory and epidemiological support to the National Department of Health. The centre serves as the National Surveillance Laboratory and the World Health Organization (WHO) Regional Reference Laboratory for acute flaccid paralysis as well as measles and rubella surveillance. This includes receiving and testing samples from all nine provinces in South Africa. In addition to testing samples from the Southern block countries: Angola, Botswana, Lesotho, Namibia, Madagascar, Mozambique, Malawi, Zambia, Zimbabwe and Swaziland, the centre also conducts other virological and immunological research projects on tuberculosis, viral hepatitis and other vaccine-preventable diseases.

The objectives of CVI are:

The Centre for Vaccines and Immunology serves as a national and regional reference laboratory for acute flaccid paralysis (AFP) surveillance as part of the Global Polio Eradication Initiative. The laboratory serves seven countries within the southern African region, namely: Angola, Botswana, Lesotho, Mozambique, Namibia, Swaziland and South Africa; processing and testing of more than 2600 stool samples per year. As per WHO recommendations, for any AFP case, stool samples are inoculated into cell cultures. Samples with suggestive cytopathic effects undergo molecular characterisation, including sequencing to confirm the poliovirus serotype.

CVI is the only polio sequencing facility in Africa. In line with the Global Action Plan for poliovirus eradication, the polio laboratory hosts a level three biosafety laboratory (BSL3) to continue high containment work through the final stages of poliovirus eradication. Moreover, the centre has applied to become a Poliovirus Essential Facility (PEF), one of a handful globally.

The centre also acts as a regional reference laboratory for polio-environmental surveillance. We test sewerage samples for poliovirus from Angola, Mozambique and Zambia.

CVI serves as the national referral laboratory for measles and rubella surveillance. In support of the WHO African Region 2020 measles elimination goal, the centre provides serological and molecular testing for measles virus, as well as epidemiological case investigations for the diagnosis of acute measles infection. This data is then shared with the National Department of Health (NDoH), WHO and the Multisectoral National Outbreak Response Team (MNORT). The centre works closely with the National Expanded Programme on Immunisation Task Group to classify cases and monitor outbreaks.

While rubella is not part of the current expanded programme on immunisation, the centre also collates base-line data on rubella incidence to inform decisions for future rubella vaccine implementation. In keeping with rubella incidence, the centre also conducts CRS sentinel site surveillance at 30 sites in all nine provinces. These sites are used to detect and report CRS cases.

CVI in partnership with the National Department of Health, are committed to reach the WHO 2030 viral hepatitis elimination goals. As such, demographic and laboratory data on hepatitis B is being sourced from the NHLS corporate data warehouse. This database surveillance will provide numbers of positive hepatitis B cases in the country, to indicate the national burden of disease.  Other research projects regarding hepatitis B as well as hepatitis A and hepatitis C are underway in the centre.

The centre houses a state of the art 18-colour flow cytometer used for cellular immunology as well as two Luminex instruments for multiplexed assays including host tissue typing. CVI collaborates with other researchers from academic institutions to learn more about host responses to HIV, tuberculosis and other pathogens.

South Africa bears a huge burden of tuberculosis, particularly in HIV infected individuals. New host-derived tuberculosis biomarkers which can better detect tuberculosis in HIV-infected individuals could improve detection rates, predict onset of active disease or be used to monitor response to treatment. The centre is evaluating a little-known host biomarker called indoleamine-2,3-dioxygenase (IDO) for diagnosis of tuberculosis in HIV infection from patient plasma. IDO shows promising results for the diagnosis of active TB. As such, the centre further evaluates  IDO in an enzyme linked immunosorbent assay (ELISA) as a lower cost, higher throughput method.

Regarding the host immune response to HIV, we are investigating allo-immunity (immunity of one individual against another individual) in couples where one partner has HIV but one partner remained HIV uninfected. HIV allo-immunity was shown relevant to early vaccine trials in animal models but has not been fully explored in humans. The centre is using methods common in transplant laboratories to investigate host response to HIV, which can be thought of as a viral “transplant” from host to recipient. 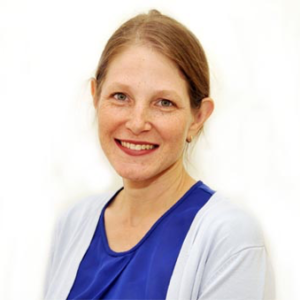 Dr Melinda Suchard was appointed in 2013 as the Head of the Centre for Vaccines and Immunology. She holds a joint appointment as a lecturer in the Faculty of Health Sciences the University of the Witwatersrand.

She is a ministerial appointed member of the National Advisory Group on Immunization (NAGI), the National Polio Expert Committee (NPEC) and is the president of the South African Immunology Society (SAIS). Her research interests include the investigation of immune-regulation in infectious diseases, methods for monitoring T-cell immunity, and the use of immunological biomarkers for monitoring the tuberculosis disease.