Malaria in Africa: why most countries haven’t beaten it yet

Malaria remains one of the most devastating parasitic diseases affecting humans. In 2020 there were around 241 million cases and 672,000 malaria-related deaths. This is a sharp increase from 2019. One reason it’s so persistent is that the malaria parasite has a very complex life cycle. It involves many different developmental stages and multiple hosts (mosquitoes and humans). And in Africa, what adds to the challenge of controlling malaria is that the continent is home to some of the most efficient malaria vectors. These include Anopheles gambiae and An. funestus. Also, the malaria parasite species Plasmodium falciparum, the dominant species in Africa, is the most lethal. It’s responsible for most malaria cases and deaths – 80% of which occur in children younger than five.

The World Health Organization (WHO) acknowledged these factors when it excluded Africa from its first Global Malaria Eradication Campaign, which ran from 1955 until 1969. Since then, there have been many advances in malaria control. These include long-lasting insecticide-treated nets, malaria rapid diagnostic tests and artemisinin-based combination therapies (ACTs) for malaria treatment. But malaria elimination is still a challenge. Only two African countries, Algeria and Morocco, have been certified malaria-free by the WHO. There are many reasons for the elimination targets remaining out of reach. In this article, we highlight four: poverty, human movement, resistance and climate change.

The limited progress towards malaria elimination is not surprising considering that some of the most malaria-burdened countries in Africa are also some of the poorest countries in the world. Malaria is both a cause and a consequence of poverty. The disease will therefore remain a significant problem in Africa if more is not done to improve the socio-economic status of malaria-affected communities. Eliminating poverty to improve the health and well-being of all, is part of both the millennium and sustainable development goals. This should be a priority for governments of malaria-endemic countries.

Africa has one of the fastest-growing populations, with a high level of mobility. Marginalised and vulnerable populations are some of the most mobile groups within Africa. They travel vast distances across countries with varying malaria transmission intensities. Human mobility is strongly associated with the global spread of infectious diseases, as demonstrated by the recent COVID-19, Ebola and monkeypox outbreaks. This presents a challenge to Africa’s malaria elimination aspirations. Malaria parasites and mosquitoes do not respect country borders, so malaria services must expand to mobile and marginalised populations. Universal access to effective malaria diagnostics and treatment will reduce the malaria burden by decreasing onward transmission.

One of the biggest threats to eliminating and eradicating malaria is the emergence and spread of insecticide, diagnostic and drug resistance. Both the malaria vectors and parasites have proved to be very adaptable. They have rapidly developed mechanisms to survive and multiply in the presence of insecticides and antimalarial drugs, respectively. Insecticide resistance is widespread across the African region. It reduces the efficacy of strategies based on suppressing vectors, such as long-lasting insecticide-treated nets and indoor residual spraying. To extend the effective lifespan of the available insecticides, the WHO has provided new guidance in its handbook for integrated vector management. The handbook highlights the importance of routine entomological surveillance to determine the type of vectors present, changes in vector behaviour and the insecticide susceptibility status of the vector. All this information can guide effective vector suppression if available in good time.

Having the correct diagnostic method and treatment in place also hinges on having a robust surveillance system. The system must be capable of generating efficacy data in near real-time to allow for prompt evidence-based decision-making. The need for this type of routine surveillance has become even more urgent as African malaria parasites have developed mutations that allow them to evade detection by the most widely used rapid diagnostic tests on the continent. These undetected cases will go untreated, potentially sustaining onward transmission. The result will be major increases in malaria cases, severe disease, and potentially death.

Besides becoming invisible to rapid diagnostic tests, P. falciparum parasites in many central and west African countries have become resistant to artemisinins. This is a component of the most widely used antimalarials in Africa, ACTs. The spread of artemisinin-resistant parasites will potentially raise case numbers and deaths, repeating the devastating trend observed when drug-resistant parasites previously emerged. The loss of ACTs would severely set back elimination efforts as there are no novel WHO-approved antimalarials currently available. Efforts are needed to prevent the spread of artemisinin-resistant parasites through strong surveillance and containment responses.

The impact of climate change is complex, but there are suggestions that more places will become malaria-risk areas. Mosquitoes will now be able to survive and transmit malaria in these warmer areas. This, in turn, will increase malaria cases, severe illness and deaths in non-immune communities.

In spite of these challenges, there is some light at the end of the tunnel. After years of research, there are two new malaria vaccines. The first, Mosquirix, has been prequalified for use by the WHO. The second, R21/Matrix M, has shown promising results in phase 2 clinical trials. There are new long-lasting insecticide treated nets and insecticide formulations for vector control. There are also novel strategies for parasite suppression. Adding these tools to the elimination toolbox will assist Africa to get closer to malaria elimination. 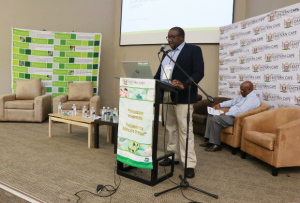 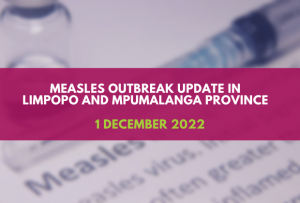 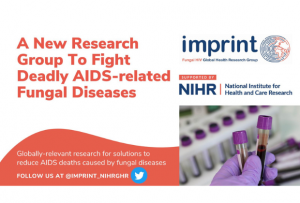