What is mucormycosis or “black fungus”?

Mucormycosis is a rare but life-threatening opportunistic infection. This infection has been referred to as “black fungus” in media reports in 2021. Mucormycosis is caused by a group of fungi or moulds within the fungal Order Mucorales – the first part of the name of the infection “mucor-mycosis” is derived from the name of this group of fungi “Mucor-ales”. A fungus called Rhizopus within the Order Mucorales is the most common cause of mucormycosis. Mucormycosis most often affects the sinuses, eyes, brain and lungs and is a rapidly progressive disease. Depending on which body system is infected, between 30% to 100% of people will die, and survivors may have debilitating complications such as vision loss.

Who can get mucormycosis? Is COVID-19 a risk factor?

Mucormycosis mainly affects people with conditions that weaken the immune system. People with uncontrolled diabetes mellitus, those with lower than normal levels of white blood cells (neutropenia), those with cancers of the blood or bone marrow, those who undergo organ transplantation and those with traumatic injuries have a higher risk of developing mucormycosis.

Children with severe malnutrition can also develop a form of the disease affecting the gut. Medicines that weaken the immune system such as chemotherapy and corticosteroid therapy also increases risk of this disease.  Corticosteroids are recommended for treatment of people with severe COVID-19 in hospital. In addition, diabetes mellitus predisposes patients to developing severe COVID-19 disease. As a result, patients with severe COVID-19 may have multiple risk factors for developing mucormycosis.  During the COVID-19 pandemic, more than the usual number of people in some parts of the world (mainly India) have been diagnosed with mucormycosis due to a high prevalence of uncontrolled diabetes mellitus and severe COVID-19 infections.

How common is mucormycosis in South Africa?

Mucormycosis is fairly rare and is estimated to occur in 2 people per every million people in the world. Only about 100 people are estimated to be diagnosed with mucormycosis every year in South Africa. The number of cases has not increased despite the large HIV epidemic in South Africa. This may be because the immune (CD4) white blood cells which are depleted in patients living with HIV do not play a major role in fighting mucormycosis. However, people with advanced HIV disease (AIDS) may also have other immune system problems (for example, low levels of neutrophil white blood cells, poorly functioning white blood cells) or may need treatment with corticosteroids for other infections. A diagnosis of both COVID-19 and advanced HIV disease, similar to COVID-19 and diabetes, may possibly increase the risk of mucormycosis though this has not been established.

How is mucormycosis acquired?

The fungi that cause mucormycosis are found in decomposing material in the environment such as in spoilt food and soil. Construction sites may be a source of fungal spores due to disruption and dispersal of the spores in soil. People can get infected from breathing in fungal particles (spores) in the air – these lodge in the nasal passages, sinuses and lungs – and among people with very weak immune systems, the fungal spores transform into tubes called fungal hyphae which invade into tissue, blocking blood vessels and causing the surrounding tissues to die. People with open wounds from injuries may be infected directly from exposure to soil that contains the fungal spores. Some individuals who undergo surgery and other hospital procedures have acquired mucormycosis from contaminated medical equipment such as intravenous lines, adhesive bandages and the air in hospitals.

What are the signs and symptoms of mucormycosis?

Mucormycosis can affect several different parts of the body. The sinuses, nasal passages, eyes and brain (rhinocerebral mucormycosis) are most commonly affected, causing a one-sided headache, nasal or sinus congestion, facial swelling and toothache, as well as fever. As the disease progresses, visual disturbances and black spots on the bridge of the nose or inside the mouth may occur. The presence of blackened areas (caused by dead tissue) is the reason why the media has referred to this as “black fungus”. The lungs (pulmonary mucormycosis) can also be affected leading to cough, fever, difficulty breathing, chest pain and coughing up of blood. Less commonly, the gastrointestinal tract (abdominal pain, nausea and vomiting) and skin (blisters or ulcers which blacken over time) can be affected. Some patients with severe COVID-19 may develop symptoms of the rhinocerebral form of mucormycosis approximately a week or two after they have been discharged from hospital.

How is mucormycosis diagnosed?

A tissue sample is essential for diagnosis of mucormycosis. A sample can be collected by doing a procedure called a tissue biopsy or a bronchoalveolar lavage (lung fluid collection in the case of pulmonary mucormycosis). Tissue can also be collected at emergency surgery. Samples are processed immediately because mucormycosis is a medical emergency. Frozen tissue sections can be examined in the operating theatre and samples are also sent to the microbiology and histopathology laboratories for urgent microscopic examination. Fungal culture is often performed but these results are only available after a day or two. Radiological imaging, such as CT and MRI scans, may be useful for visualising areas of suspected mucormycosis, but will not provide a definitive diagnosis.

How is mucormycosis treated?

Mucormycosis is urgently treated with an antifungal medicine called amphotericin B and immediate surgical intervention involving the removal of any necrotic or dead tissue from the infected areas. It is also important to treat the underlying condition, e.g. poorly controlled diabetes mellitus, and taper drugs, such as corticosteroids, which may have weakened the immune system and contributed to the development of mucormycosis.

Where can I find more information?

Medical/clinical related queries: NICD Hotline +27 82 883 9920 (for use by healthcare professionals only). 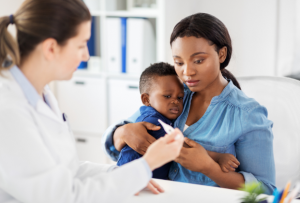 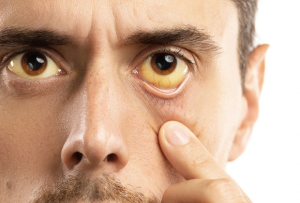