Pretoria – A Gauteng child has been paralysed as a result of a rare complication from polio vaccination, said the Department of Health.

In a statement on Sunday, the department said to ensure that the country remained free of polio, it would oversee a monitoring programme to ensure that any case of the disease was identified early.

"Through this surveillance system, a young child in Gauteng, with a very rare and severe congenital immune system problem, has been confirmed by the NICD [National Institute for Communicable Diseases] division of the NHLS (National Health Laboratory Service) to have developed a case of paralysis as an extremely rare complication of polio vaccination," said the department's Fidel Hadebe.

The complication has occurred in only 23 cases worldwide since the introduction of the Oral poliovirus vaccine (OPV) in the previous century. The vaccine is highly effective in interrupting poliovirus transmission.

In such rare cases, a polio-like picture arises especially in babies or young children who have received the vaccine and are not able to produce antibodies that effectively protect against infections.

"These babies have a rare genetic defect and the condition is called agammaglobulinaemia and those infected cannot make antibodies to fight infection. The diagnosis of agammaglobulinaemia is difficult to make and is not always obvious at birth and generally only suspected when the children present with recurrent infections," explained the department.

Breast milk has been shown to neutralise the polio virus, and it is recommended that infants with agammaglobulinaemia be given breast milk.

"In cases where mothers are unable to breastfeed, as in this particular case, breast milk can be obtained from breast milk banks," it added.

Breast milk banks have a short supply due to people being unaware of them. The department called on mothers who have excess breast milk to make donations to banks like the South African Breastmilk Reserve (SABR) that can be contacted on (011) 492-1209.

Today, the world marks World Polio Day. The day aims to increase awareness about poliovirus and to encourage further actions to reduce it from spreading.

Polio was last diagnosed in South Africa in 1989. The country remains polio-free although it needs to remain vigilant-Government Communication and Information System(GCIS) 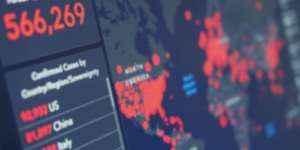