Since HIV was found to be the cause of acquired immune deficiency syndrome (AIDS) in 1983, scientists have been working endlessly towards the development of an effective vaccine to end the global HIV pandemic which has claimed more than 32 million lives and impacted millions more. Unfortunately, the best vaccine candidate to date was from the famous Thai RV144 trial which only resulted in 31.2% efficacy (Rerks-Ngarm et al., 2009).

However, hope remains and more than 30 years after the discovery of HIV,  many vulnerabilities of the virus have been uncovered and they could lead to the development of an effective HIV vaccine to solve one of the big global challenges of our age.

One of the keys to a successful vaccine is the use of broadly neutralizing antibodies (bNAbs). These special antibodies bind to the HIV envelope protein and prevent the virus from infecting host cells. What makes them even more special is that they can bind numerous mutated versions of the virus and therefore overcome the problem of the HIV variability.

Understanding the diverse ways that antibodies use to target the HIV envelope is important to the development of an HIV vaccine which can produce such unique and unusual antibodies and effectively protect vaccinated individuals from HIV infection.

Dr Thandeka Moyo, a GCRF START grant-funded Postdoctoral Research Fellow at South Africa’s National Institute for Communicable Diseases (NICD), has over the past few years gained new insights into bNAbs in chronic HIV infection, insights which contribute significantly to the worldwide hunt for an HIV vaccine.

Most recently, with access to the UK’s national synchrotron – Diamond Light Source (Diamond) – facilitated by the GCRF START grant, Dr Moyo and her colleagues were able to solve the structure for one member of a family of antibodies which has revealed a uniquely long loop in the light chain of the antibody – a loop up to three times longer than other published anti-HIV antibodies.

South Africa has the biggest HIV epidemic in the world, with an estimated 7.5 million people infected nationally according to UNAIDS. Dr Moyo outlined some of the insights achieved over several years of investigating broadly neutralizing antibodies through women participating in the CAPRISA Cohort – a research programme based in the KwaZulu-Natal province of South Africa. 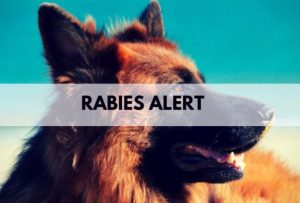 In June 2021, two cases of rabies were confirmed in jackal from the Cradle of