Cancer is a leading cause of death worldwide and accounted for 7.6 million deaths (around 13% of all deaths) in 2008.

Each year on 4 February, the NHLS supports the WHO and the International Union Against Cancer to promote ways to ease the global burden of cancer. Preventing cancer and raising quality of life for cancer patients are recurring themes.

Cancer is a generic term for a large group of diseases that can affect any part of the body. Other terms used are malignant tumours and neoplasms. One defining feature of cancer is the rapid creation of abnormal cells that grow beyond their usual boundaries, and which can then invade adjoining parts of the body and spread to other organs. This process is referred to as metastasis. Metastases are the major cause of death from cancer.

Cancer is a leading cause of death worldwide. The disease accounted for 7.4 million deaths (or around 13% of all deaths worldwide) in 2004. The main types of cancer leading to overall cancer mortality each year are:

The most frequent types of cancer worldwide (in order of the number of global deaths) are:

Cancer arises from one single cell. The transformation from a normal cell into a tumour cell is a multistage process, typically a progression from a pre-cancerous lesion to malignant tumours. These changes are the result of the interaction between a person's genetic factors and three categories of external agents, including:

Some examples of infections associated with certain cancers:


What can you do to reduce your risk?

Knowledge about the causes of cancer, and interventions to prevent and manage the disease is extensive. Cancer can be reduced and controlled by implementing evidence-based strategies for cancer prevention, early detection of cancer and management of patients with cancer.

More than 30% of cancer could be prevented by modifying or avoiding key risk factors, according to a 2005 study by international cancer collaborators (Danaei et al). Risk factors include:

The National Cancer Registry (NCR), a specialised division of the NHLS, has been collating cancer statistics for South Africa since its establishment in 1986. However, reporting cancer data to the NCR was voluntary. These concerns were addressed and a new legislation was introduced by Dr. Aaron Motsoaledi, Minister of Health, on 26 April 2011, which requires all doctors and health facilities who confirm cancer cases to report their findings to the NCR.

Read more about the legislation…

What Can You Do?


Acknowledgements: some of the information contained in this article was sourced and modified from the WHO, UICC and CANSA websites. 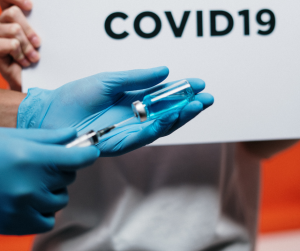 Vaccines save millions of lives each year. Vaccines work by training and preparing the body’s

On Tuesday, 13 April 2021, the Minister of Health Dr Zweli Mkhize announced the temporary