This milestone is a big stride towards achieving the goal of global polio eradication. Polio is targeted to be the second human disease, after smallpox, to be globally eradicated through vaccination.

Polio is a viral illness that can cause sudden weakness and permanent paralysis or death in previously healthy individuals, often children. Polio used to cause large outbreaks throughout the world and in Africa.

In 1988, when the Global Polio Eradication Initiative was launched, polio was found in more than 125 countries of the world and paralysed more than 350 000 people that year. Polio is preventable through immunization with the polio vaccine.

For the last three decades, every African country has devoted enormous effort into keeping immunization coverage high, conducting surveillance to look for polio in every child paralysed for any reason, and submitting data to the African Regional Certification Commission.

The decades of work have come to fruition in this landmark achievement. It is a celebration of a global concerted effort towards a common goal, in which we acknowledge participation by every mother and guardian who has taken their child for routine immunization.

There remains work to be done, as polio is not yet eradicated from every region of the world. We must not let down our guard and allow polio to return.

Immunization against polio remains the foundation of protecting our communities against outbreaks. The declaration of Africa as free of wild poliovirus shows that we have the prospect of global polio eradication within our grasp.

To meet some of South African polio survivors’ and hear their stories, click on the video below 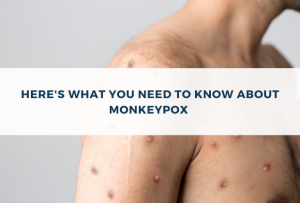