No Influenza outbreak in South Africa

The 2019 South African influenza season, which started towards the end of April, is ongoing. Transmission of influenza has reached high levels in the Viral Watch programme; however, the increase in influenza cases is a normal expected increase that takes place in winter.

Every year in South Africa, we see a marked increase in influenza transmission during the winter, called the influenza season. During this period, numbers of people infected with influenza increases, including patients seeking outpatient care and hospitalised individuals. It is also common to observe clusters of influenza cases within homes and workplaces as people spread the infection to one another.

Another common site of clusters of influenza infections is within schools because children are important transmitters of influenza and often have close contact with one another in the school environment. These clusters are expected and are not a cause for alarm.

Prevent the spread of influenza

The best ways to prevent the spread of influenza:

You should seek medical care if there are worrying signs such as chest pain or shortness of breath. School closures are not recommended as these can be disruptive and will not necessarily stop the spread of influenza.

The National Institute for Communicable Diseases monitors the influenza season each year through its surveillance programmes. Transmission of influenza has reached high levels in the Viral Watch programme, as determined by the Moving Epidemic Method (a sequential analysis using the R Language. Impact of influenza (a measure of how much severe illness we see in the season) is currently moderate. To date, the majority 357/390 (92%) of influenza positive samples for this season, detected by three surveillance programmes, have been identified as influenza A(H3N2).

There have been several recent media reports of outbreaks of so-called “swine flu” in schools. The term “swine flu” is an incorrect term as this refers to a disease of pigs. This term is sometimes incorrectly used to refer to the influenza A (H1N1)pdm09 influenza subtype which emerged in 2009. This subtype of influenza is a normal seasonal influenza strain and behaves like any other type of influenza. 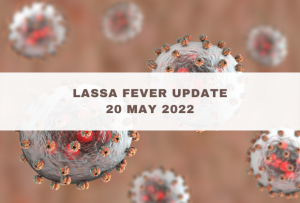