There were dire warnings that malaria cases would surge across Africa after the World Health Organisation (WHO) declared the COVID-19 outbreak as a global pandemic in early March 2020.

Many felt that the already overburdened healthcare systems would not be able to cope with increased patient loads. There was also concern that the pandemic would disrupt the delivery of essential malaria services.

Fortunately, these predictions have not fully materialised. Most malaria control programmes on the continent took action to keep delivering essential malaria services.

The South African malaria control programme, for one, found ways to keep its efforts at stopping transmission on track despite the threat from COVID-19. For example, it set up systems to screen and test for COVID-19 and malaria in malaria-risk areas. It also modified the training for indoor residual spraying to comply with COVID-19 regulations.

South Africa is aiming to eliminate malaria by 2023. The disease only occurs in certain areas of the South Africa. It is currently limited to the low altitude border regions of three provinces – KwaZulu-Natal, Mpumalanga and Limpopo. KwaZulu-Natal is the province closest to eliminating malaria by 2023. And it’s closely followed by Mpumalanga. Unfortunately, Limpopo will most likely miss the 2023 elimination target. It is the province most affected by malaria.

In June 2021 China became the 40th country to be declared malaria-free by the WHO. Other countries to achieve this recently are El Salvador in 2021 and Algeria and Argentina in 2019.

South Africa has adopted a number of innovations to achieve its elimination goal. Seven stand out. These are: prompt diagnosis; reporting every confirmed case to healthcare authorities; effective treatment; effective vector control measures; monitoring resistance to antimalarials and insecticide; and increased community-based malaria testing and treating.

Most important has been the uninterrupted domestic funding of the malaria elimination programme.

One step at a time

Malaria prevalence is low in South Africa. This is why diagnosis is key. Every malaria infection must be confirmed either by the microscopic examination of a blood smear or by a malaria rapid diagnostic test before treatment can be prescribed.

Treating a patient based only symptoms such as fever, fatigue and headache is not encouraged. Many other disease share these symptoms – including COVID-19.

All malaria-related healthcare professionals are allowed to use a malaria rapid diagnostic test to test for malaria within communities.

Notification after diagnosis is also important. Malaria is classified as a Category 1 medical condition in South Africa. This means that healthcare professionals must report every confirmed malaria case within 24 hours using the National Medical Conditions reporting system.

The prompt reporting of every case allows the malaria control programmes to investigate the case and respond in a timely manner to prevent further transmission or a malaria outbreak.

The next crucial step is treatment. South Africa was one of the first African malaria-endemic countries to use an artemisinin-based combination therapy. This treatment is recommended by the WHO for uncomplicated malaria. The drug used in South Africa (artemether-lumefantrine) is very effective. It has played a significant role in decreasing the country’s malaria burden. To ensure the drug remains effective, it is essential that all six doses of the drug are taken with some fatty food.

But medical interventions only go so far. Effective vector control is essential for malaria control and elimination.

Indoor residual spraying was developed in South Africa in the 1940s. This involves treating the inner walls of homesteads with an insecticide. It remains the primary method used to control the malaria mosquito in South Africa. But additional vector control tools are needed to achieve malaria elimination.

The national control programme is working with research partner organisations to test more tools. These include larviciding (treating mosquito breeding sites with chemicals or biological agents that kill mosquito larvae), and the sterile insect technique.

Innovation is key to staying ahead of this disease given the threat of resistance. In 1999-2000 South Africa experienced a malaria outbreak. It was driven by the emergence of drug-resistant parasites and insecticide-resistant mosquito vectors. To prevent this from happening again, antimalarial drug and insecticide efficacy are routinely monitored by the national malaria control programme with support from partners.

Resistance to artemisinin-based combination therapy is emerging in some African countries. But artemether-lumefantrine remains effective in South Africa.

Lastly, the country has remained steadfast in funding its malaria control programme. The South African Malaria Control Programme is one of the few on the continent that is entirely funded by government. This stable source of funding has allowed the programme to carry out uninterrupted malaria control interventions.

These interventions have played a major role in getting South Africa close to eliminating malaria. But more work remains to be done.

The importation of malaria from neighbouring countries poses a significant threat to South Africa’s elimination aspirations. To address this problem South Africa, with support from a non-governmental organisation, Humana People to People, has established malaria surveillance units. These are at strategic points along shared borders. The units offer free malaria testing and treatment services to anyone entering South Africa.

All individuals found to be have malaria are treated. They receive artemether-lumefantrine and a single low dose of transmission blocking drug, primaquine. These units have contributed to a significant decrease in malaria cases reported from the border areas.

Communities in malaria-endemic areas need to play an active role in eliminating malaria. They can remove potential breeding sites, ensure they get promptly tested for malaria when they have symptoms, and finish the entire course of antimalarials. 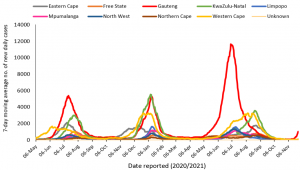