There are lots of myths about flu: we debunk six of them

Despite the availability of vaccines for influenza – or flu – the virus continues to kill people across the world. According to the World Health Organisation, flu epidemics result in 3 million to 5 million cases of severe illness and about 290 000 to 650 000 deaths each year.

Whenever there’s an outbreak of flu – usually over the winter months – various myths begin to circulate, some as contagious as the flu itself. These range from confusion about what flu actually is, to speculation about how it’s transmitted.

Flu is a contagious respiratory tract illness caused by the influenza virus. There are three different strains that can cause seasonal flu in humans. They are called influenza A(H1N1), influenza A(H3N2) and influenza B. Here are six common myths which regularly do the rounds.

Flu is just a bad cold

False: Both flu and colds are respiratory illnesses, but they are caused by different viruses. Flu is generally worse than a cold. Flu presents with a sudden onset (within a few hours) of some or all of the following: fever, upper respiratory symptoms (such as runny and congested nose), cough, tiredness, muscle pains, body aches, headaches, cold shivers and hot sweats.

A cold presents with a runny nose or congestion and generally does not result in serious complications.

Flu can lead to serious complications including pneumonia. Pneumonia is an infection of the lung which results from either the influenza virus alone (viral pneumonia) or from co-infection with a bacteria (secondary bacterial pneumonia). Other possible serious complications triggered by flu can be heart, brain or muscle tissue inflammation and multi-organ failure. This happens when the flu virus in the lungs causes an inflammatory response throughout the body causing a number of organs to fail. This could include respiratory and kidney failure.

A serious flu infection may require admission to hospital especially in high-risk groups for severe influenza complications. These include pregnant women, people over 65, children under 2, people with underlying medical conditions such as kidney or lung disease and diabetes.

Most people will recover from flu within three to seven days.

The influenza vaccine can give you flu

False: The vaccine does not contain live virus so you cannot ‘catch’ flu from the vaccine. At the time when influenza vaccine is recommended (just before the flu season), there are many other types of respiratory viruses around that can cause similar signs and symptoms to flu. There is a high chance of being infected with one of these viruses and people often – incorrectly – attribute the illness to a flu shot they’ve just had.

The vaccine also takes two weeks to work so you could catch flu during this period, especially if you receive the influenza vaccine after the flu season has started.

One more fact on vaccines: the flu vaccine needs to be repeated every year as the flu viruses change slightly each year.

A vaccination is enough to prevent flu

False: The vaccine is not 100% effective. In addition, effectiveness depends on the age and health of the person being vaccinated. The efficacy of the vaccine also varies from year to year depending on how the vaccine matches the circulating influenza strain.

To prevent being infected with flu you need to wash your hands frequently with soap and water or an alcohol-based hand rub. It’s also important to avoid contact with sick people.

Being exposed to cold weather will give me flu

False: The only way to catch flu is by being exposed to the flu virus. The flu season coincides with the cold weather and so naturally people associate the two.

The influenza virus spreads mainly by droplets from infected people when they cough, sneeze or talk. You can also come in contact with the influenza virus through contaminated surfaces or objects (for example, door handles) and then touching your mouth, eyes or nose.

People can get swine flu

False: The term swine flu is sometimes used to incorrectly refer to the influenza A(H1N1) strain which emerged globally during the 2009 pandemic. When the strain emerged, scientists noted that it was similar to some strains of flu which had been seen in pigs. That’s why some people started calling it ‘swine flu’.

Since its emergence in 2009 influenza A(H1N1) has become one of our normal seasonal influenza circulating strains in humans. The term swine flu should not be used as this term means flu in pigs. Patients infected with influenza A(H1N1) strain should be treated as if they have any other seasonal strain of influenza.

Antiviral medication should always be prescribed for flu

False: Treatment for flu is largely directed at reducing the signs and symptoms of flu, like a runny nose, body pains and tiredness. Bed rest, plenty of fluids and symptom relief of cough, congestion and fever are advised.

Individuals at risk of serious complications or very sick individuals may be prescribed antiviral medication. But this needs to be prescribed in the first 24-48 hours from onset of symptoms for it to be most effective.

Dr Bracha Chiger, a medical doctor at the NICD Centre for Respiratory Diseases and Meningitis, contributed to this article. 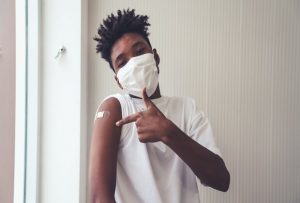